Workers compensation is an employer-funded insurance program that provides benefits to injured workers in the event of a workplace or work-related injury. Injuries can be physical or psychological in nature and can be caused a specific event or can develop over time.

The Government of Manitoba determines the legislative framework, which enables the Workers Compensation Board (WCB) to administer the workers compensation program in Manitoba.

The Workers Compensation Act (the “Act”) sets out the rules under which the WCB operates and describe the rights and responsibilities for both workers and employers. It enables the WCB to provide benefits and services to injured workers but also sets limits on the nature of injuries that can be accepted and what benefits will be approved. Specifically, the Act defines what is the WCB can accept as an “accident.”

The WCB develops policies to provide consistency in how the Act is applied. Policy 44.05.30, Adjudication of Psychological Injuries, explains that the WCB can only accept responsibility for psychological injuries caused by a “chance event,” a “wilful and intentional act” or those that are considered an “occupational disease.”

Psychological injuries are often complex. Sometimes there are both work and non-work factors that are responsible for their development. In order for the WCB to accept responsibility for a psychological condition as an “occupational disease,” its development must be “predominantly attributable” to occupational factors.

The Act includes a legislative presumption for workers who are diagnosed with PTSD, which requires the WCB to presume their condition is a consequence of their job when certain conditions are met. In simple terms, they need to have been diagnosed with PTSD by a physician or psychologist and they have to have had exposure to occupational trauma. While one would think this legislation would speed up the claim process, WCB policy requires that the presumption be considered only as a last resort when adjudicating claims for psychological injuries.

It can be difficult to know what the WCB will accept responsibility for (what is considered “compensable”) and what it will not. For example, stress from having a loud and demanding supervisor would not be compensable, while psychological symptoms caused harassment by a supervisor would be.

The WCB is, however, responsible for investigating claims made by workers and deciding whether their individual circumstances meet the necessary criteria for accepting responsibility for their psychological condition.

If you believe you have been physically or psychologically injured as a result of your work, you should:

An adjudicator at the WCB will be responsible for investigating your situation and deciding whether or not your claim is acceptable. The adjudicator will gather information from you, your employer, co-workers, or other sources of information, to verify your report. The WCB will also request a report, and potentially a detailed medical history from your health care providers. The adjudicator may ask a WCB psychological or psychiatric consultant to review the information gathered as part of their investigation in order to get clarification about your injury. If you did not already see a health care provider on your own, the adjudicator might refer you to a psychologist for an initial assessment.

Questions commonly asked by a WCB adjudicator include:

Once the adjudicator completes their investigation, they will contact you with their decision. If the claim is accepted, they will need to do further review to determine your entitlement to benefits, such as wage loss benefits, treatment coverage, etc. If the adjudicator denies your claim, they will typically contact you by telephone and follow-up with a formal letter, which should provide a rationale for the decision.

If the WCB denies responsibility for your injury, the MGEU can help. You can contact your MGEU Staff Representative directly, or through the Resource Centre (204-982-6438 / 1866-982-6438), to discuss your situation and to complete forms necessary to facilitate a referral to the MGEU Workers Compensation Specialist.

With your consent, the MGEU Workers Compensation Specialist will get a copy of your claim file from the WCB. The file will contain everything obtained by the WCB as part of their investigation, including your reports to the WCB and your employer, information submitted by your employer as well as all documentation provided by your health care providers.

The MGEU Workers Compensation Specialist will review the file evidence in conjunction with the Act and relevant WCB policies to determine if there is a basis to appeal the WCB’s decision. In some cases, the MGEU does not pursue an appeal because there was no clear error in the WCB’s decision or if there is no reasonable chance of success. At times, the MGEU will try to clarify evidence or gather additional information relevant to the claim. If the Workers Compensation Specialist finds sufficient support, the MGEU will pursue an appeal on your behalf. 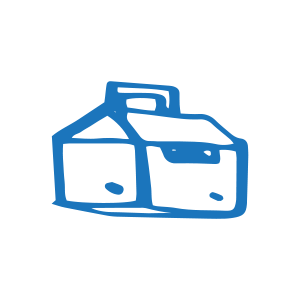